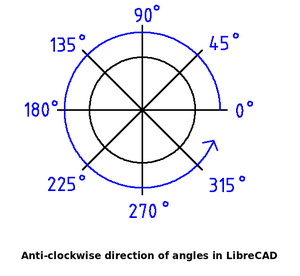 There is another command line use case: you want to create a point 50 units from the relative zero and turned 60 degrees around it. Again we use the @ symbol and input @50<60.